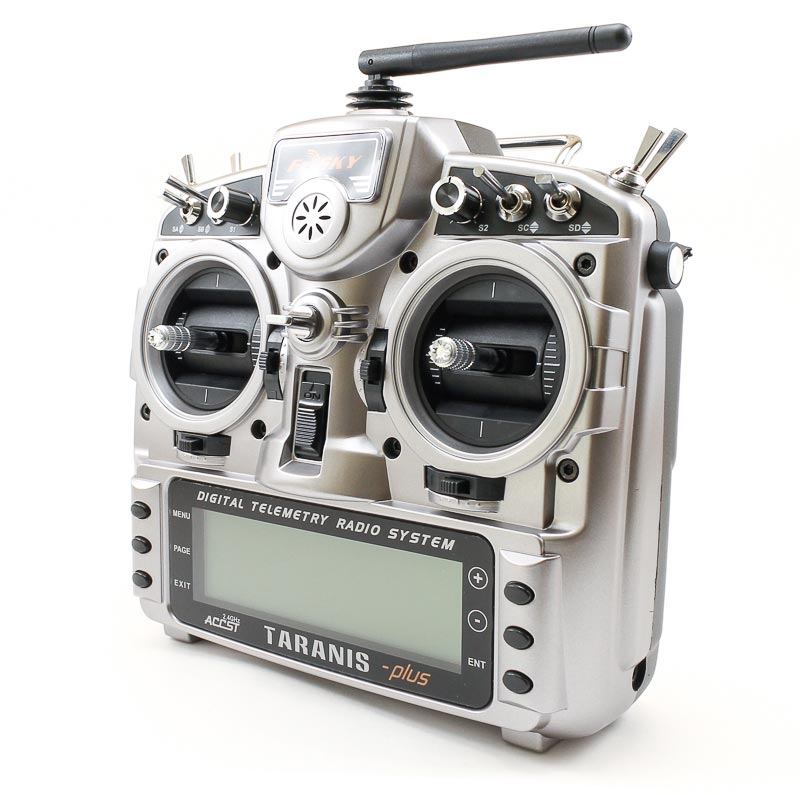 Get Rid of the FrSky Taranis 9xd Plus Audio Buzz

Many people with the FrySky Taranis experience problems with the HF signal radiating into the transmitters audio signal which can be heard as an annoying buzz. This was especially true for folks who have Revision A or Revision B of the Taranis. I was hopeful that the latest “Plus” version would correct this issue but after I made my purchase I soon found out that the dreaded buzz was in the Taranis Plus as well. It seems as though the buzz is bit quieter than in the earlier versions, but it was still pretty noticable.

Once I started using a JR transmitter module the buzz became extremely loud and very annoying. Here are some examples others have posted up on YouTube:

I really love this transmitters capabilities especially for its price but this audio problem had to go. After searching around a bit I was able to find a lot of suggested fixes and modifications for the RevA and RevB Taranis that had worked with varying degrees of success:

Simple Audio Fix (and Upgrade) for the Taranis

To eliminate the buzz all together requires a pretty extensive mod to reroute circuits through capacitors to filter out the RF buzz. For the Rev B radio see this post and diagram from Barry2020 over at RCGroups. 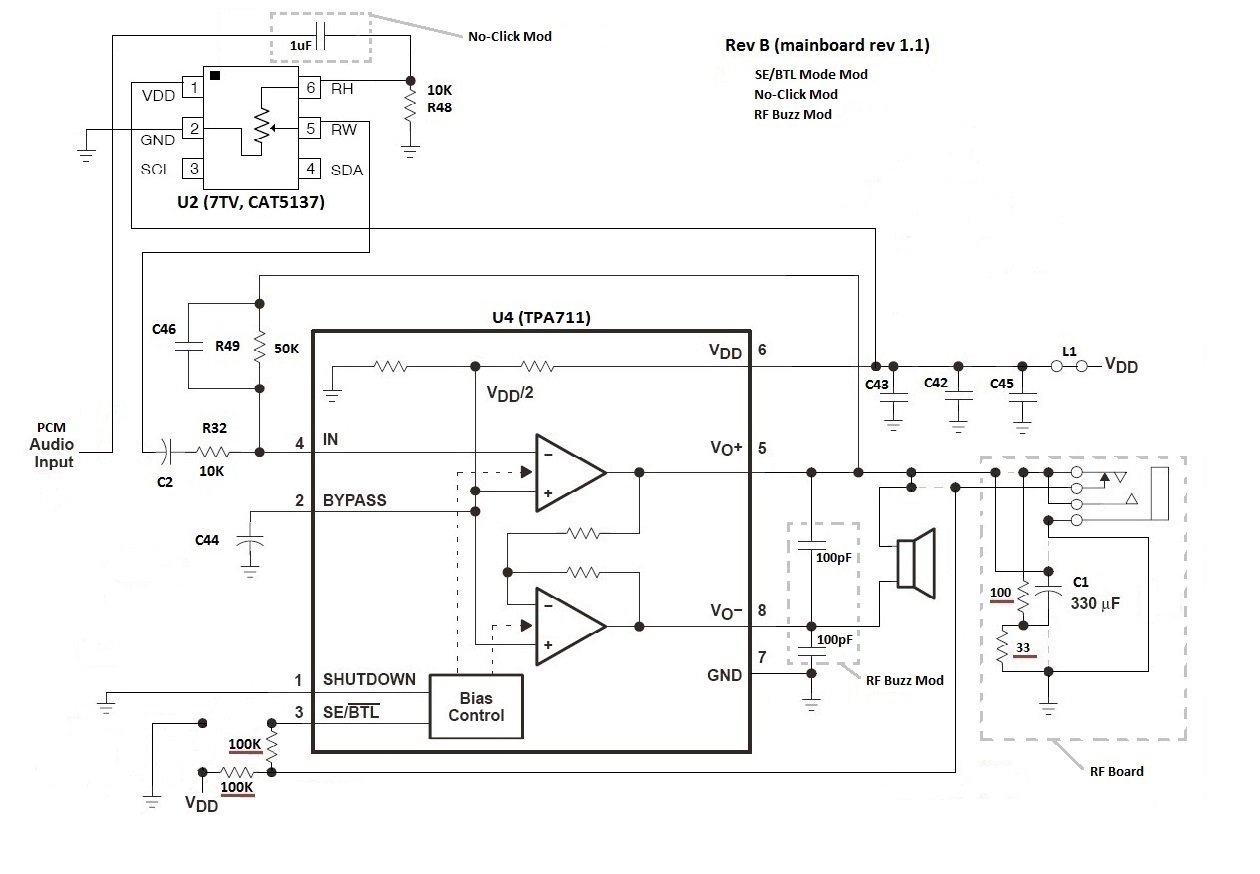 This video from CPO details a similar filtering mod for the Rev A radio:

My biggest problem in all of this research was finding a solution specific to the latest 9xd Plus version of the Taranis. The PCB boards differ between each version and I have not found guildance for making modifications to the latest Rev0.3 main board. 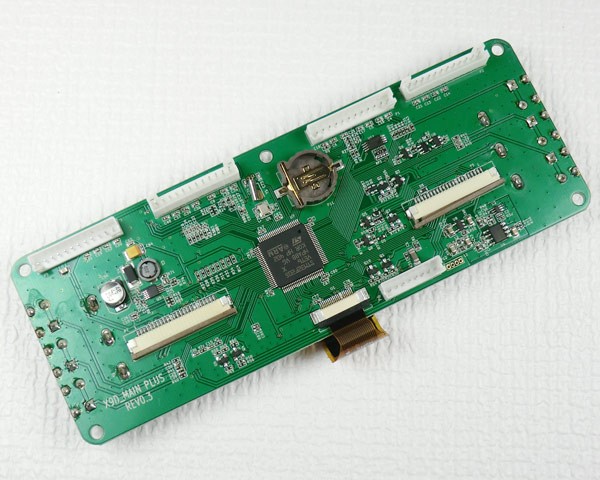 Since I have not found detailed instructions for moding the Rev0.3 main board, I decided to try a solution others had found some success with: Ferrite Coils.

The fixes I found mostly recommended using ferrite beads, but I would not be able to use them very well throughout in the newest version of the Taranis.

The new 9xd Plus uses very thin unshielded ribbon cable to connect its boards together which is different from the much thicker ribbon cable used in previous versions. These two ribbon cables connecting both halves of the transmitter are where I believe most of the RF interference is being picked up. 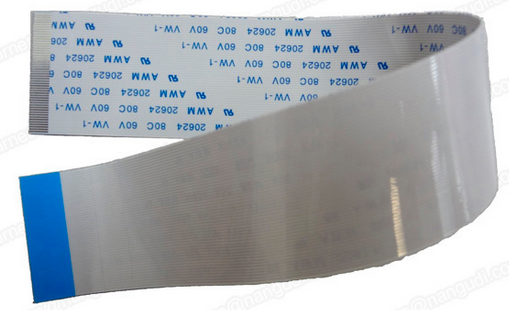 I wouldn’t be able to seperate out wires to shield them as mentioned with early versions. So to shield them and the cable connecting the audio board, I order the following ferrite parts: 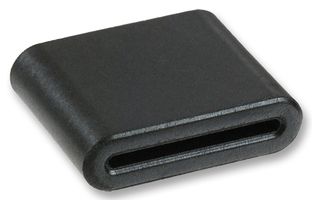 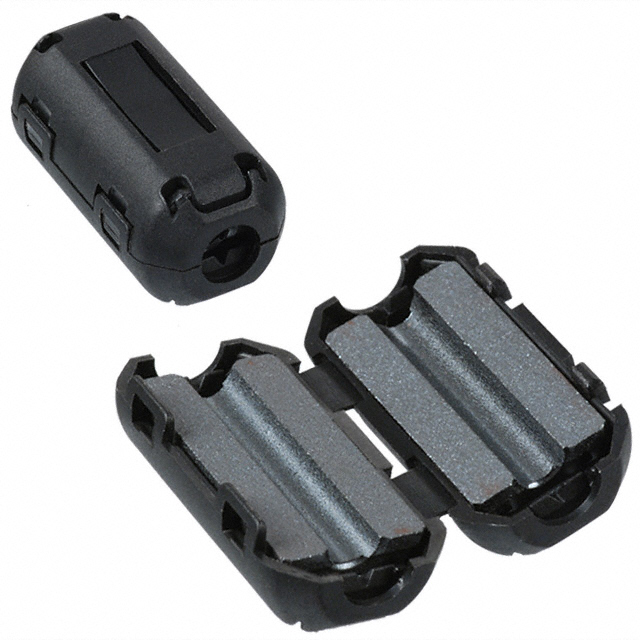 After removing the 6 screws holding the transmitter together I installed the ferrites in the following locations: 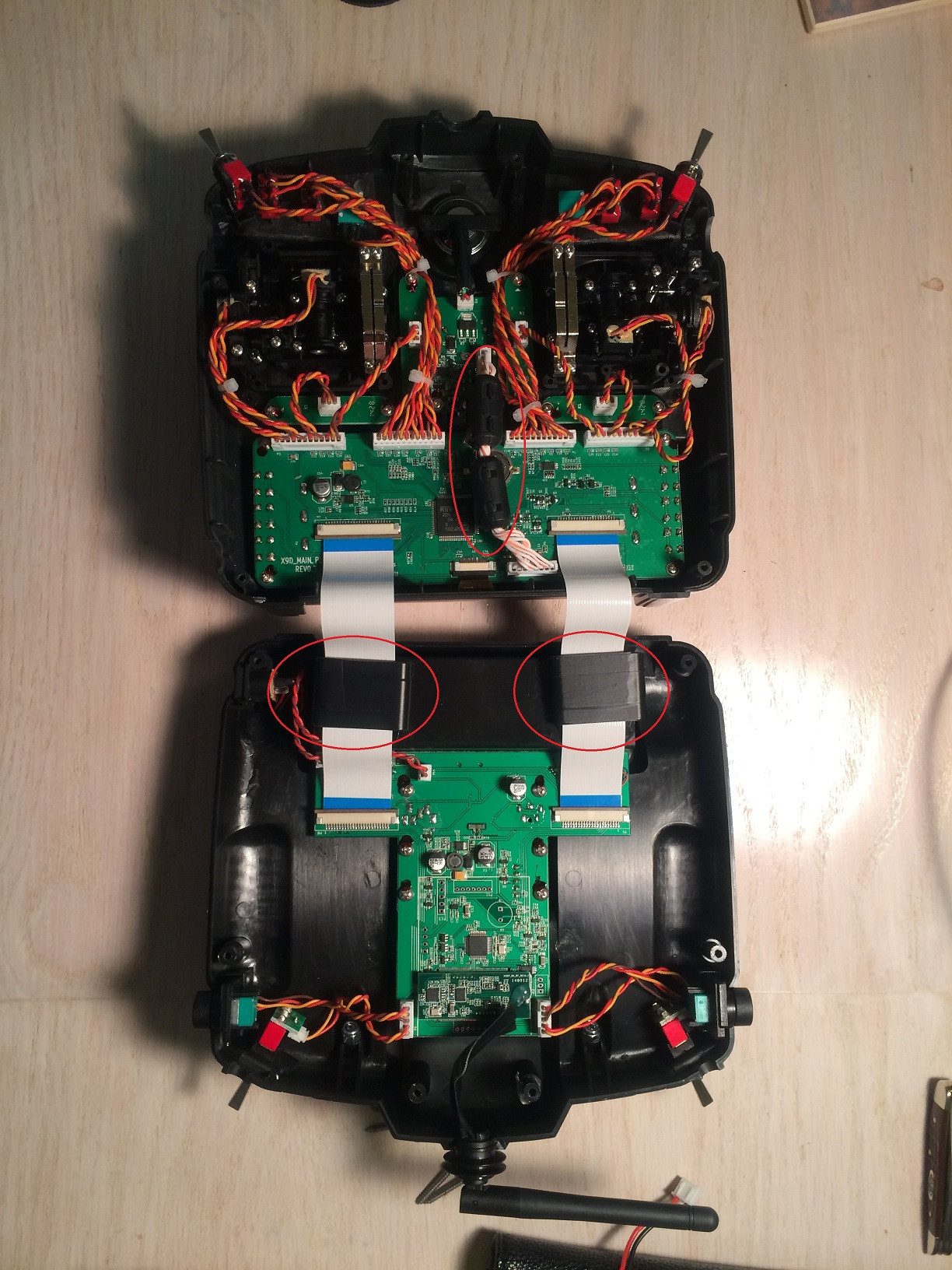 After all the ferrites were installed I powered up the transmitter and was very pleased with the results. The buzz has almost completely been eliminated even with an external JR transmitter module. I have to put my ear right up to the speaker to now hear the static hum.

Here is a video where you can hear the results: https://vid.me/OuBJ